Passion for Art and Cinema

Art was always a part of my life since childhood, where scribblng, doodling and gazing at anything that caught my visual interest. Being a daughter of a decorated army officer, had a great blessing to travel the length and breadth of India thus shaping my thoughts on the varied and diverse cultures. So after having put in 23 long years of successful corporate life,  I decided to follow my heart and take up Art in a serious way and hence the short term course in painting at Karnataka Chitrakala Parishad in 2007, Bangalore.

I have been painting and presenting my works in various places since then. Subsequently I have been taking guidance in improving my work from eminent artists such as Late S. Prahalad, Eby N Joseph, JMS Mani, MG Doddamani and Late K N Ramachandran. I am also very passionate about films shown at various International film festivals, showcasing various trials and tribulations by different prolific directors across the world. These films has changed my outlook on life after attending these festivals. Community service has played an impactful  role in my life as we were exposed to it right from childhood at army. Hence founded a women’s group “AKANKSHA”  giving a platform for self taught artists to display their work. Have done around 6 shows so far launching 500 artists. Many of them have become National and International artists.

Chitrasanthe (street art fair in Bangalore) from 2007 till date.

Galleries : Fineartamerica.com, Artmart at CKP, Areli.com, Artslant.com, Myindianart.com
Public Initiatives
Coming from an Army background, community service has always been very close to my heart and hence started  promoting Self taught women artists  as an  Art Promoter.  Founded “Akanksha”  in 2014, a  platform  for  helping  self taught women’s  group of artists to showcase their works. The group basically helps any woman artist from any background, any age group and any  profession to realize her dream of showcasing her  artistic talents.  A sum  total of around 450 artists have been launched since 2014. Many of these women are now National and International artists. An  extremely proud achievement.

Working also as a  volunteer for  a  Trust  “ Art  for Cancer Care” to provide service for treatment of the poorest of the poor cancer patients. Have done fund raising Art shows in Bangalore  to benefit  poor cancer patients thru the artist community. Also help art students in attending workshops wherein the proceeds of the fees goes towards Cancer patients.
Also have started curation and promotion of Differently-abled artists through online and offline shows.

Was recently awarded  the “Woman of the Year Award”  in 2018 from WE Puraskar  group encouraging women entrepreneurs  for initiating  and sustaining AKANKSHA. 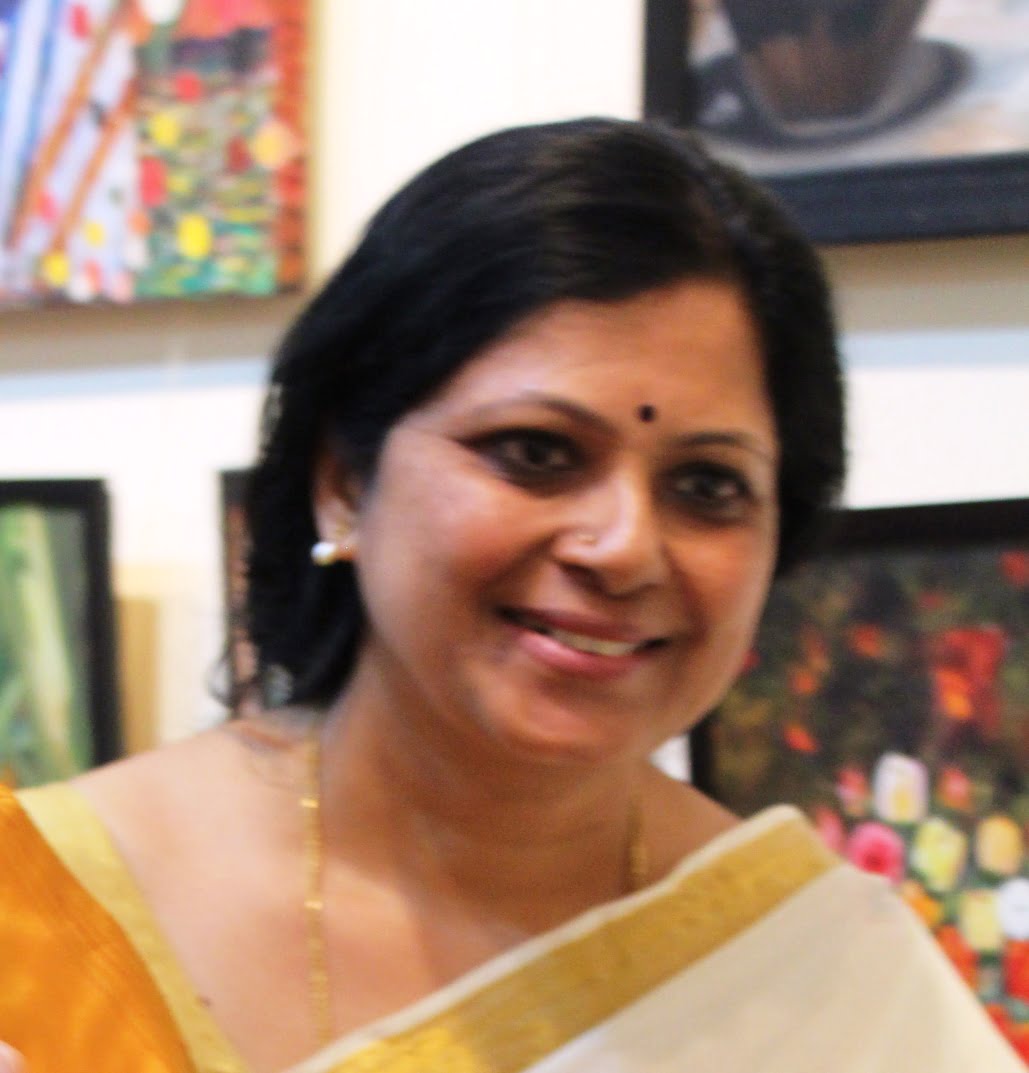